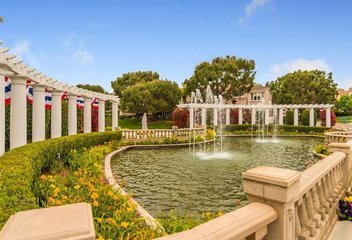 Research real estate market trends and find University City San Diego homes for sale.   Located in the 92122 zip code, east of La Jolla, north of Clairemont, and southeast of Sorrento Valley, UTC San Diego real estate is preferred by millennials, fly in and fly out business professionals, as well as UCSD students due to the area shopping and local amenities. Search for new homes, open houses, recently sold homes, and recent price reductions in University City San Diego. To change how the search is displayed, click the gray button next to "Sort" to display houses in University City by price, number of bedrooms, or days on the market.

*Be sure to register for a free account so that you can receive email updates whenever new University City properties come on the market and if you're in the market for a home today, reach out for our exclusive off MLS pocket listings!

Having thoughts of buying or selling in University City? When you’re buying a home or selling a home, the right team can make or break a deal, especially in a market as complex and competitive as University City San Diego. Through aggressive advocacy and proven competency, our local University City real estate agents are committed to guiding you through the entire real estate process from start to finish. We are a team of highly strategic University City selling experts, skilled negotiators, seasoned marketers, and loyal confidantes. Reach out now to the LUXURYSOCALREALTY team to learn more about buyer and seller representation in University City and to receive our 92122 real estate market reports.

When searching University City homes for sale you will find "UTC" University City is located right in the middle of what is known as the “Golden Triangle.” The area actually forms an isosceles triangle bordered by three major freeways; the 5, the 52, and the 805. These major arteries lead to every part of the city. Residents easily slice through the city to get north south and east quickly. UCSD employs more than 28K people making it the 2nd largest employer in San Diego.  Many of the people who work at UCSD also live in UTC. It is the rare neighborhood that offers this much convenience. To be minutes from any part of San Diego and to have probably a shorter commute than most anybody in the city is a dream for the average San Diegan who typically spends an hour going to and from work each day.

Governor Drive serves as the general boundary between the residential areas of UTC University City and the business center. Mostly made up of high end single family homes people who live in UTC University City and surrounded by canyons and elevated mesas, this is the ideal place to observe the exotic wildlife that inhabit these ancient landscapes. Businesses flourish in UTC particularly the growing biotech industry. Combined with Sorrento Valley to the north, UTC University this portion of San Diego is giving San Francisco a run for its money in innovation. More R&D facilities from major companies outside of San Diego are relocating to the area creating a new tech hub. While white-collar jobs abound in UTC, there are plenty of entry level jobs for teens and college age students in and around the UTC Mall. The University Town Center is both a business hub and a place for recreation. There are hundreds of different retail stores in the mall and dozens of dining options to choose from.

University City is part of the San Diego Unified School District. All five of the schools within the community at UTC are public schools and include one day care center, three public elementary schools, one middle school, and one high school. The local high school, University High School is very diverse. The student body is minority majority with minorities making up around 63% of the student population. It was awarded the silver medal by US News & World Report.

One of the favorite things to do for residents of UTC University City is walk. It is actually rated one of the most walkable communities in San Diego. There are miles and miles of walking trails that wind in and around UTC. There are more commuters making their way to work on their bikes, the bus, the Coaster, or walking in UTC University City than almost anywhere else in San Diego. No walking neighborhood would be complete without parks and UTC has plenty including an off-leash dog park. UTC has its own shops, malls, and fine dining but the great thing about living in UTC University City is that a quick trip up the 5 will take you to some of the awesome beaches and upscale restaurants in Del Mar. Going south to La Jolla you could take in a round of golf at Torrey Pines or hop on the Coaster to the beaches of Carlsbad.