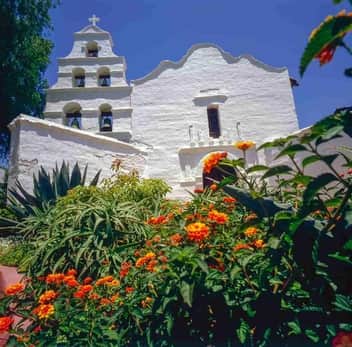 If you would like more details on any of these Mission Hills listings, just click the "Ask A Question" button when viewing the details of the property. We can provide you with disclosures, past sales history, dates and prices of homes recently sold nearby, and more. If you'd like to take a tour, click "Schedule A Showing."

You can also create and save a custom home search by clicking the starred "Save" button to register for a free account so that you can receive email alerts whenever new Mission Hills houses come on the market.

Mission Hills is an upscale neighborhood the lies to the north of Downtown San Diego. Living in this area definitely has its perks. San Diego is widely known to have some of the best weather in the United States, and Mission Hills is no exception. Its mild climate and year round, sunny weather pairs well with the area’s beaches and other outdoor recreational areas. The San Diego weather makes Mission Hills a perfect place to live.  This area has several public parks that are perfect for enjoying a sunny afternoon alone or with a the family. Balboa Park is the largest park in San Diego and is located less than 10 minutes to the southeast of Mission Hills. With free parking for everyone, it is a popular place to have a picnic or to just spend an afternoon reading in the sun. If you do not want to pack your lunch, consider stopping at one of the park’s nearby restaurants or food vendors. The park also includes a network of trails, a rose garden, and a cactus garden. Children and adults alike will love to see the ducks, turtles, and koi fish swimming around the park’s pond. Balboa Park is home to playgrounds that are great for kids of all ages and a free series of concerts on Sunday afternoons.

Mission Hills is part of the San Diego Unified School District and the neighborhood has its own public elementary and middle school. Ulysses S. Grant Elementary School serves students from kindergarten to 8th Grade, after which they have the choice between nearby Point Loma High School or San Diego High School. Parents also have the option to send their kids to the community’s well-regarded private school, Francis Parker School, or one of the other private or religious schools in the area. Mission Hills is also home to the National Comedy Theatre, which hosts an extremely popular improv show several times each night. Seats fill quickly, so plan to buy tickets in advance and arrive early. The theater’s troupe routinely takes input from the audience and uses it during their show, making it a hilarious and unique experience each time you attend one of their shows. The majority of their shows are good, clean fun that is suitable for all ages, so it can be a memorable place to bring the whole family. The troupe’s witty remarks and clever banter will leave you wanting to come back for more. Mission Hills’ commercial district is centered on University Avenue and Washington Street, two of the community’s largest cross streets. While the majority of Mission Hills’ residents commute into the city for work each day, there are a few shops, restaurants, and other businesses located within Mission Hills. Traffic in San Diego can sometimes be problematic, but Mission Hills is located just 4 miles up I-5, so residents of this community should not have a problem getting to work on time in the city.

The median home price in the affluent community of Mission Hills currently hovers at just over $1 million and is expected to continue to rise. The average price per square foot in this area is almost $200 higher than the San Diego average, making it one of the more upscale neighborhoods in the area. Many of the homes currently for sale in Mission Hills are original, dating back to the early 1900s. These properties are well preserved and many of them have been restored to their original grandeur. While much of the community includes historic properties, Mission Hills is home to two historic districts that have been recognized by the City of San Diego, the Fort Stockton Line Historic District and the Mission Hills Historic District. The Fort Stockton Line Historic District centers around the streetcar tracks that were the main way in and out of the city in its early days. Its convenient location to a major mode of transportation made it a popular area to live and work at the time of Mission Hills’ inception.

Located above the northwestern corner of Balboa Park, Marston Hills is an urban neighborhood within the Hillcrest community of San Diego, California. Marston Hills is named after George Marston, an early San Diego businessman and philanthropist, whose house and grounds are located in the area. Residents of Marston Hills enjoy a walkable lifestyle with nearby destinations Balboa Park, the San Diego Zoo, and Sunday’s Hillcrest Farmers Market.

Quickly Find Your Mission Hills Home
Search Nearby Communities
This information is deemed reliable but not guaranteed. You should rely on this information only to decide whether or not to further investigate a particular property. BEFORE MAKING ANY OTHER DECISION, YOU SHOULD PERSONALLY INVESTIGATE THE FACTS (e.g. square footage and lot size) with the assistance of an appropriate professional. You may use this information only to identify properties you may be interested in investigating further.