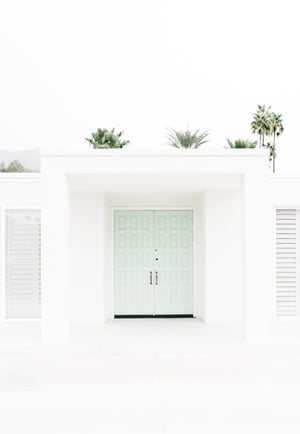 miles from the metropolis, La Mesa is known as the "Jewel of the Hills." Research real estate market trends and find houses for sale in La Mesa CA.  Search for new La Mesa homes, open houses, recently sold homes, and recent price reductions in San Diego. To change how the search is displayed, click the gray button next to "Sort" to display houses in La Mesa by price, number of bedrooms, or days on the market.

If you would like more details on any of these La Mesa listings, just click the "Ask A Question" button when viewing the details of the property. We can provide you with disclosures, past sales history, dates and prices of homes recently sold nearby, and more.  If you'd like to take a tour, click "Schedule A Showing."

You can also create and save a custom home search by clicking the starred "Save" button to register for a free account so that you can receive email alerts whenever new La Mesa houses come on the market.

Considering a move to La Mesa CA? Check out this guide on the facts of this beautiful city and why you'll want to make the move.

With its magnificent scenery, its enviable climate, and its own unique atmosphere, La Mesa, CA has a distinct flavor that sets it apart from all the other satellite cities of San Diego.

Let's look at some of the reasons why La Mesa, California, is one of the state's most beautiful cities, and why you'll want to live there.

La Mesa is, by southern California standards, practically a small town, with a population just shy of 60,000.

Incorporated in 1912, the city clusters atop the small plateau (the "mesa" whence its name derives) and hills that are to the east of San Diego. It's only twelve miles from the blue Pacific Ocean—but even that short distance is enough to significantly affect its climate.

Higher and drier than San Diego, La Mesa experiences a typically semiarid climate, with hot summers and little precipitation. But the inhabitants of La Mesa like that just fine: it gives them a little taste of the exotic Southwest, but the beach is always just a short drive away.

Since it's located so close to downtown San Diego, it's sometimes easy to overlook the many attractions that La Mesa itself offers. But doing so is a mistake because this little city has plenty to delight tourists and longtime residents alike.

Here's a look at a few of La Mesa's top attractions:

If you're looking to spend some time outdoors, this delightful little park has everything you need. Jackson Park has plenty of shade trees to keep you cool, along with picnic tables and play areas for numerous recreational activities.

If you're looking for more rigorous forms of outdoor exercise, look no further than scenic Mt. Helix. Looming over one thousand feet above sea level, Mt. Helix offers spectacular views of the city and surrounding countryside and sunsets to die for.

This large reservoir is another great recreational destination in the city of La Mesa. Surrounded by parkland, it's perfect for walking or jogging, and the lake itself is great for fishing and boating.

If you'd rather spend your time hunting through antique artifacts, including old books, vintage goods and furniture, antique glass, and especially mid-century Americana, La Mesa's antique mall is the perfect place for you.

Make the Move to La Mesa

La Mesa is a fun and exciting southern California city, with numerous attractions and all the benefits of small-town living within easy distance of San Diego.

So if you're looking to make the move to La Mesa, let us help you with your next home purchase. Contact us today to see how we can help.