*Be sure to register for a free account so that you can receive email updates whenever new historic properties come on the market and if you're in the market for a home today, reach out now for our exclusive off MLS pocket listings!

San Diego Homes Sorted By Architecture
How's The Market In San Diego?
We have (updated weekly) market data for all SD!

Having thoughts of buying or selling a historic property in San Diego? When you’re buying a home or selling a home, the right team can make or break a deal, especially in a market as complex and competitive as San Diego California. Through aggressive advocacy and proven competency, our local historic San Diego REALTORS® are committed to guide you through the entire real estate process from start to finish. We are a team of highly strategic historic selling experts, skilled negotiators, seasoned marketers, and loyal confidantes. Reach out now to the LUXURYSOCALREALTY team to learn more about buyer and seller representation in San Diego and to receive our real estate market reports.

Take a look below to learn about the different styles of architecture that this city has to offer and how those who are interested in buying one of these unique properties can benefit from preserving history. 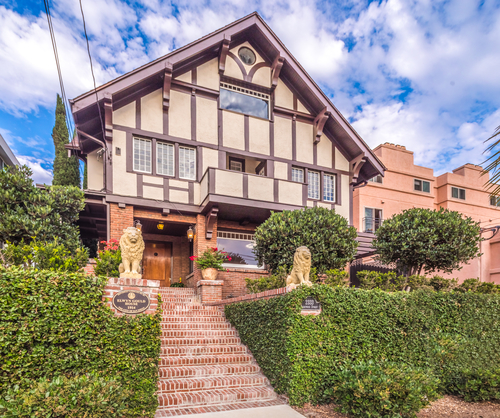 San Diego is a haven for devotees of historical homes because our communities have a variety of design styles to choose from. Among those are:

Tudor Revival homes are easily identified by their pitched roofs, focal chimneys, overhangs, timber decorated exteriors, and multi-paned windows.  Tudor homes experienced a surge in popularity during the first half of the 1900’s. Look for this style in Kensington, Bankers Hill, and Coronado

Primarily built by Frank Lloyd Wright and originating from the midwest, Prairie Style homes are known for open flowing spaces, low-pitched roofs, wide eaves, horizontal lines, and horizontal bands of windows. Buyers looking for one of these properties should focus on Mission Hills where this style home was built between 1910 and 1920.

Originating from the Exposition Internationale des Arts Decoratifs held in Paris in 1925, Art Deco designs are also referred to as style moderne.  Built in the 1920’s-1940’s, Art Deco architecture evolved into Art Moderne and Streamline Modern in the 1930's.  These homes features a block-like construction with a sleek linear appearance that’s accented with geometrical design elements. Look for this style in Point Loma, Ocean Beach, La Mesa, and National City.

Southern California is perhaps best known for mid-century modern architecture with its floor-to-ceiling windows, exposed beams, flat planes, and open floor plans.  Midcentury modern is an architectural style behind the beliefs of social change and a better society with the majority in the post-World War II era, however it began in the 1930s up until the late 1970s.  These homes can be found in many neighborhoods, but pay close attention to coastal San Diego, Old Del Mar, and La Jolla.

How's The Market?
We have (updated weekly) market data for every community in San Diego

In particular, National City, the second largest city in San Diego Country, has had a lasting impact on the area’s historic real estate market. The city as we know it today was founded in 1868 by Frank, Warren, and Levi Kimball. The brothers were builders, who made a point of  creating roads, railroads, and even a sea port in the territory that they had purchased from Mexico.

As they continued to build opportunity for industry, the city boomed. So did its real estate. Thankfully, over 250 of the original, Victorian-era homes are still standing today. While some of these properties - like the Kimball’s own home, which was famous for having indoor plumbing at the time of their inhabitation - have been turned into museums, many are still functioning residences.

Based in Old Town San Diego, SOHO (Save Our Heritage Organisation) was a group of concerned citizens that formed in 1969 to save the 1887 Sherman Gilbert House.  They are now the third largest group in California of it's kind and works to protect and preserve the historic architectural and cultural resources of our region.   Various historical associations hold an annual home tour in San Diego such as the Mission Hills Heritage, Coronado Historical Association, Old Escondido Historic District, Old House Fair in South Park, and the La Jolla Historical Society (The Secret Garden Tour of La Jolla.)

The Mills Act is Dedicated to Preserving History

Since San Diego has such an active historic market, there are provisions to help ensure that its legacy continues.  One of these is the Mills Act, which offers significant property tax breaks (usually 65%-85%)  to homeowners who have had their home registered as a historic landmark and listed on the city’s historical registry.  Your property could be listed on the National Register and or California Register, but if the city of San Diego has not designated it historical, your property is not eligible for the Mills Act.

What Constitutes a Historic Home?

The City of San Diego’s Development Services Division defines historic properties as exhibiting one or more of the following characteristics:

How Does The Mills Act Property Tax Reduction Work?

To make use of the Mills Act, homeowners must first apply to have a historical survey done by the Development Services Division in order to ensure that the property fulfills the proper requirements to be considered a historic landmark. Once the application process is complete and the home has been added to the city’s historical registry, the homeowner is then entitled to a tax break, based on their property’s value, for a period of ten years.

In exchange for the tax break, the homeowner must agree to rehabilitate, and maintain the property to a standard that preserves its historical significance. Any work done to the property must be agreed upon by the Development Services Division and they reserve the right to perform inspections, as needed, to ensure that the property is being sufficiently maintained.

Interestingly enough some buyers looking at older homes have no intention on preserving history.  They may have a desire to do a studs-up remodel or make other drastic changes and could run into trouble when pulling a permit if the city all of a sudden wants to designate the site as historically significant.  Or they wouldn't mind obtaining historical designation so they could then apply for Mills Act tax savings.  In either case a buyer would want to meet with a consultant who has experience preparing a Historical Resource Research Report in San Diego. Checkout the current list of San Diego Historical Consultants or the San Diego Development Services to view actual historical districts throughout San Diego.