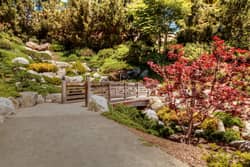 Clairemont was envisioned as a place where families could enjoy the close-knit feel of a small community yet has quick access to the city proper.  Research real estate market trends and find Clairemont homes for sale.  Search for new homes, open houses, recently sold homes, and recent price reductions in Clairemont San Diego. To change how the search is displayed, click the gray button next to "Sort" to display houses in Clairemont by price, number of bedrooms, or days on the market.

If you would like more details on any of these Clairemont listings, just click the "Ask A Question" button when viewing the details of the property. We can provide you with disclosures, past sales history, dates and prices of homes recently sold nearby, and more.  If you'd like to take a tour, click "Schedule A Showing."

You can also create and save a custom home search by clicking the starred "Save" button to register for a free account so that you can receive email alerts whenever new Clairemont houses come on the market.

Click here to search condos for sale in Clairemont CA

When searching Clairemont homes for sale you will find Clairemont was one of the first planned suburbs in the U.S. After World War II ended servicemen were returning back home with money in their pockets, a newly passed GI Bill, and anxious to start families.

Clairemont has grown to include many other small villages within the village within the city including Bay Park, Bay Ho, North East, and West Clairemont Mesa. As the development grew and the neighborhood’s population started to soar shortly after construction was completed, businesses began to move in offering all of the amenities that one would typically have to leave the suburb to access. Schools sprang up, libraries, shopping centers, and grocery stores. Clairemont Mesa today is more like a city within a city. Its ideal location situated just north of downtown San Diego and south of Mira Mesa gives residents access to all of the outstanding attractions and sites that make up the City of San Diego.

There are nearly a thousand ranked schools in the State of California according to the U.S. News and World Report annual school rankings. In San Diego County alone, there are over 45 high schools and nearly 30 ranked schools in the San Diego Unified School District receiving either a gold, silver, or bronze medal ranking. Residents of Clairemont Mesa can choose between a dozen different public elementary schools though there are only two middle schools and high schools to choose from. There are schools for the gifted, the mentally challenged, and a number of private schools. Mesa College is the only college or university located in Clairemont Mesa.

Holmes Elementary is K-6 and has one of the top rates by Great Schools as an elementary schools in San Diego in the 92111 zip code.  Search here for homes for sale in the Holmes Elementary School boundary.

One of the great things about living in Clairemont Mesa is that you rarely have to leave the neighborhood to have a good time. The village boasts a vibrant nightlife where local bars and pubs play host to the area college crowd. When Clairemont residents do leave the community, they are just a stone’s throw away from upscale entertainment including taking in a symphony at the Symphony Towers or watching a Broadway play at the Old Globe Theater. You can take in a dance performance at the Performing Arts Center or the Lyceum Theater and the opera scene at the Civic Center Plaza is in the top 10 of opera venues across the U.S. However you don’t have to spend any money to enjoy Clairemont Mesa. Two canyons, Tecolete Canyon and San Clemente Canyon, were turned into public parks in the early 70s and remain a source of inspiration and fascination for nature explorers. They are the perfect places for hiking, biking, or just walking along and observing the natural beauty of the area. There is even an 18-hole golf course within Tecolete Canyon National Park. Kids spend their evenings and weekends enjoying the Krause Family Skate Park. Open to the public, this facility is a popular spot for skateboarders and bikers. There are ramps, pools, and obstacles there built for skaters and bikers of all skill levels.

Four of San Diego’s major freeways run through Clairemont . Whether residents want to take a day trip up to Disneyland on the 5 or catch some waves at the beach, you are never too far away from anywhere in San Diego when you live in Clairemont. Homebuyers will find a treasure trove of uniquely designed homes in Clairemont. Over six decades of transition and change since the area was first developed has resulted in an eclectic mix of single-family homes, condos, and apartments. Homes are more affordable in Clairemont than in other parts of San Diego. Depending on what type of home you are looking for you can find a small two-bedroom condo for around $350K. If you have children and need a four or five bedroom, you could pay anywhere from between $400K and $700 or up to just over a million for newer single-family homes. Jobs are plentiful in Clairemont and are just as varied and diverse as the real estate. You will find a healthy mix of retail centers, restaurants, and car dealerships in the area as well as many well paying office jobs.

When searching Clairemont condos for sale you will find condos & townhomes sell extremely fast in Clairemont San Diego with a days on market average of less than 25 days. Therefore when an opportunity arises a buyer must act decisively and make sure their financing is secured well in advance.  There are a wide range of condos and townhomes for sale in Clairemont.  Clairemont has a number of single story options, as well as two and even three story townhomes.

Quickly Find Your Clairemont Home
Search Nearby Communities
This information is deemed reliable but not guaranteed. You should rely on this information only to decide whether or not to further investigate a particular property. BEFORE MAKING ANY OTHER DECISION, YOU SHOULD PERSONALLY INVESTIGATE THE FACTS (e.g. square footage and lot size) with the assistance of an appropriate professional. You may use this information only to identify properties you may be interested in investigating further.