Cielo is an exclusive guard gated hillside village of five 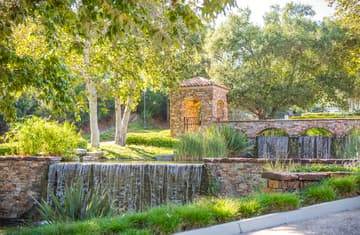 hundred twenty eight luxury custom-built estates built on the highest vantage point in all of North San Diego County.  Research real estate market trends and find Cielo Rancho Santa Fe homes for sale. Search for new homes, open houses, recently sold homes, and recent price reductions in Cielo San Diego. To change how the search is displayed, click the gray button next to "Sort" to display houses in Cielo by price, number of bedrooms, or days on the market.

If you would like more details on any of these Cielo listings, just click the "Ask A Question" button when viewing the details of the property. We can provide you with past sales history, dates and prices of homes recently sold nearby, and more. If you'd like to take a tour, click "Schedule A Showing."

You can also create and save a custom home search by clicking the starred "Save" button to register for a free account so that you can receive email alerts whenever new Cielo houses come on the market.

Cielo estates offer coastal views of the Pacific Ocean from Coronado to San Clemente Island, Palomar Mountain, and Lake Hodges. Cielo is east of the Covenant and bordered by Del Dios Highway.

Private recreational amenities, include two pools, two tennis courts, a super fitness center. Club Cielo includes a basketball court, sandvolleyball court, together with a children’s climbing wall, picnic pavilion and play field at Cielo Park. Some Cielo homes are within the RSF School District and the San Dieguito Union High School District, while others are in the Escondido School District.

Upper Cielo homesites have commanding views sweeping from the Coronado Islands and La Jolla to Lake Hodges and the inland mountains. Featured builders include: California West, UDC Homes and Taylor Morrison. Upper Cielo’s Plan 1 Custom Inspired Single Level was just released with 3 bedrooms and 3 and a half baths. The floorplans will include a single story and two level with approximately 3,496 to 5,306 square feet.  Estancia by Taylor Morrision & Upper Cielo by California West Communities still have models and unfinished plans available.  An important thing to note, Upper Cielo is NOT Rancho Santa Fe Schools.  Because it is zoned Escondido School district many residents opt for private options.  Horizon Prep and Diegueno Country School are two excellent private school options in close proximity.

Quickly Find Your Rancho Santa Fe Home
Search Nearby Communities
This information is deemed reliable but not guaranteed. You should rely on this information only to decide whether or not to further investigate a particular property. BEFORE MAKING ANY OTHER DECISION, YOU SHOULD PERSONALLY INVESTIGATE THE FACTS (e.g. square footage and lot size) with the assistance of an appropriate professional. You may use this information only to identify properties you may be interested in investigating further.